On truthfulness of a truism

truism (n. a statement that is obviously true and says nothing new or interesting.)

It is often said, with no hint of suspicion, that students learn language for communication. Is this truism true? Does it accurately capture current educational practices? Maybe not. Most of the students, at least in South Korean institutional contexts, learn English to be judged. — Judged to be an (in)accurate user of English, a low/high achiever, and a forever incompetent non-native speaker/a truly exceptional success. This suggests that each time we encounter a seemingly indubitable statement, we need to raise a follow-up question, one like this: “Okay, you just said we all learn foreign languages for communicating with other people. Then what kind of communication is happening in our schools? With whom and for what purposes? Are we actually creating the opportunities for authentic communication rather than following institutional protocols for ranking and categorizing students? Isn’t it an institutional monologue in disguise of interpersonal communications?”

Paradoxically, what makes a truism true is not truth; it is our dull sensitivity, numbed by routinized patterns of action.

A virtuous cycle in writing

A virtuous cycle in writing and securing a reflective/talking space

When we write, two things happen in tandem. Thoughts are expressed into writing; writing is ‘in-pressed’ into thoughts. This dialogic, mutually-enriching move of the two complementary processes creates a virtuous cycle in writing. Usually, the more proficient you become the more power of in-pression you can appreciate.

From a developmental perspective, the desire for expression dominates at early stages. As you develop as a writer, you become better at striking the balance between the in- and ex-pressive modes. (And if you are a competent, super-fluent writer, or hit a day of life when everything feels so smooth, the two modes are seamlessly meshed on a real-time basis!) Now you don’t just pour out your ideas and emotions, but ponder upon ‘the configurations of the black marks’ on paper, negotiate with them, and even let them talk to each other. In this sense, growing as a writer requires one to secure a reflective distance between one and the written, and also to create a talking distance among different parts of the written.

p.s. The attached image has nothing to do with this post; however, you can relate them if you will. :) 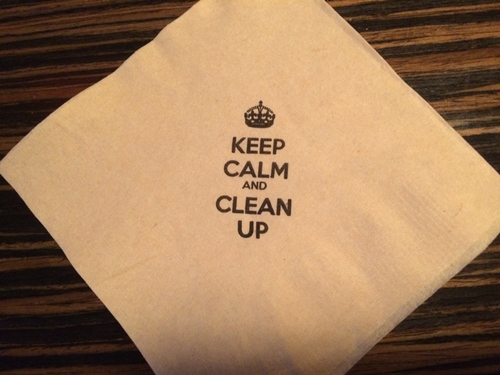 I have long heard of McCarthyism, a series of unfounded accusations of allegedly communist American citizens, involving the manipulations of public opinion and the mobilization of state apparatus such as the House Committee on Un-American Activities. (This definitely sounds like a hedge. It was sheer absurdity and fanaticism, at least for me.)

Unfortunately, this kind of frenzy is so familiar for many South Koreans, for whom ideological warfare is a usual state of affairs, rather than an exception. Yes, it is the 21st century as Justin Trudeau’s witty remark ‘awakened’ us, but it requires one to risk one’s social reputation, and even political freedom, to identify oneself as a communist or socialist in South Korea. (Worse? Calling oneself a feminist on social media still draws a lot of naively centrist, neutrality-bragging anti-feminists, and of course their accusations based on plenty of non sequitur.)

Though McCarthyism as a historical period has been with me for a long while, it has remained a remote tragedy. Strangely, I can imagine what it’s like to be branded as a commie in Korea, but never thought hard about the agonies of those who were called “Soviet sympathizers” and “traitors” in the 50s and 60s in the US. A true history lesson requires historical imagination. In this sense, I am a great example where knowledge failed to meet the imagination. (By the way, I thought about ‘’comfy’ when I first heard the word ‘commie.’ This shows my then limited knowledge about the truncated word or reveals my alignment with the dangerous ideological disease.)

Then I met the movie Trumbo. It is an exquisite portrait of the irrational era, and saddened me as much. It would sadden anybody who has hunger for values such as freedom, friendship, equality, solidarity, artistic truths, all of which lay the foundation for the beauty of human coexistence. I was also surprised by the fact that the film is based on real people and events. It is weird: some stories are surreal until we get to know they are based on facts. But the moment we see their factuality, they become so real. Surreal becomes so real, so to speak. <Searching for Sugar Man> is another illustrative case for me.

Trumbo is a story of an extraordinary persistence, iron-trag-ically driven by the crooked era of intolerance. It is also a story of a talented writer’s survival, but the film teaches us that the survival is not an ingenious individual’s feat, but an artwork of enduring solidarity against the politics of exclusion and domination in the name of security and patriotism.

In this era of bigotry and closure, the movie reminds us of the lessons we need to learn: Justice and art go hand in hand. Let justice reign so that art can speak out! Let art flourish so that justice can be appreciated by all!

Woke up to an autumn-summoning wind. I was silently hearing the long-awaited rain. Looked out the window. The rain was travelling from the sky to the rooftops, to a telephone pole, to the ground, and to the underground of my parched heart. Stretched my hands out in the air as if to confirm whether this was real. Raindrops hit the palm gently, calming the thirst and whispering to those weary, sleep-deprived souls, “it’s almost over.” This summer was brutally, incessantly hot. The only match, as far as I know, is the typical mid-summer Singaporean heatwave with a sauna-ish super-humidity. Oh, one more — the summer here in 1994, with no air conditioning whatsoever and no more than two fans in a crowded classroom. Now I feel like I can welcome a couple of counter-attacks of this die-hard heat. No more. ‘Cause I solemnly named this rain “an irrevocable mandate for autumn.” 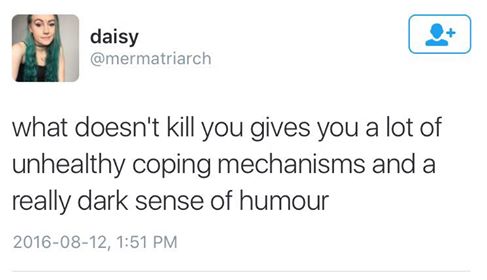